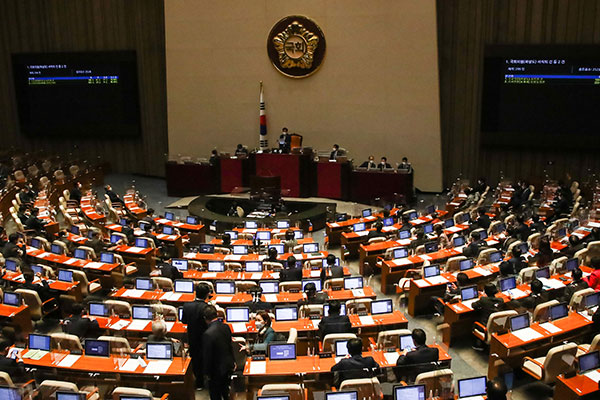 Starting later this year, public institutions must include a labor official on their board of directors.

The National Assembly on Tuesday passed a bill on the mandate that will apply to public firms and semi-government agencies.

The official should be recommended or supported by a labor representative, and the position has a two-year term that can be extended for another year.

Also, candidates must have worked at the institution for at least three years to be considered.

The new mandate will take effect six months after promulgation, which would fall in the year's second half.

Discussions on the bill picked up speed after it was endorsed by the top two presidential contenders, but its passage in a parliamentary committee last week faced resistance from the main opposition People Power Party.
Share
Print
List