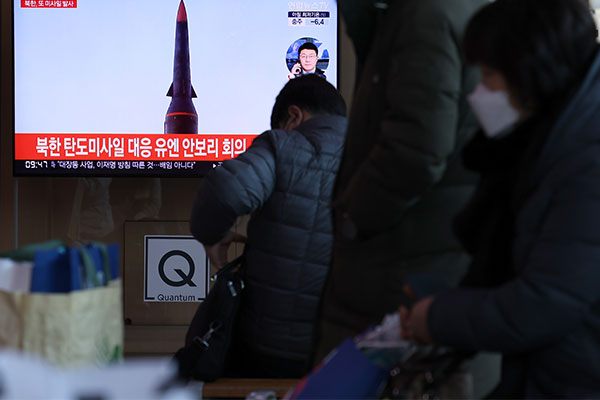 President Moon Jae-in says he is concerned over a series of North Korean missile tests at a time South Korea is preparing for a presidential election.

According to his spokesperson Park Kyung-mee on Tuesday, Moon expressed his concerns after being briefed on the outcomes of a National Security Council meeting convened to discuss the latest launch by Pyongyang.

Park said the president instructed related ministries to take necessary steps to prevent tension from further rising between the two Koreas and to ease public anxiety.

The North claimed the projectile launched last Wednesday was a hypersonic missile, but South Korea's defense ministry had called it an advanced version of a conventional ballistic missile.
Share
Print
List