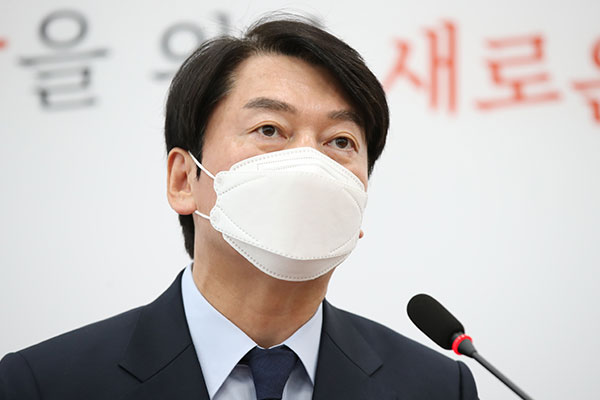 Asked what would be the principles and conditions for unifying candidates at a forum hosted by the Journalist Association of Korea on Tuesday, Ahn said he is not interested in it and therefore has not thought about said conditions.

Ahn said he decided to run in the election to become the president and achieve a change of power.

Amid rising popularity, he expressed confidence that he would achieve his goal, and pointed to the previous presidential election, in which he garnered 21-point-41 percent of the votes.

In the nation’s modern political history, the only other presidential candidate from a third party to attract more than 20 percent of the votes was former President Kim Dae-jung, he said.

Accusing the Moon Jae-in administration of being incapable and hypocritical, the People’s Party candidate claimed the gist of the upcoming election is to change power, “judge” the government and create a better country.
Share
Print
List