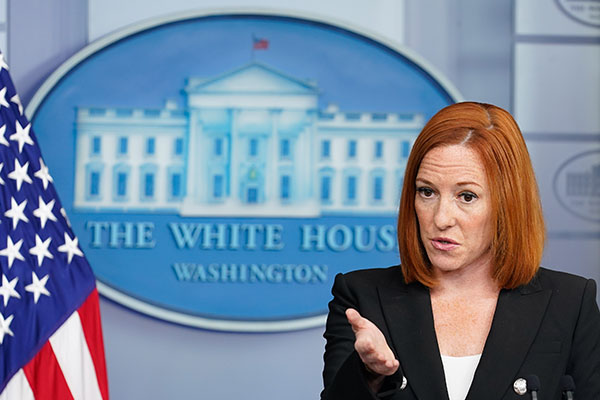 The United States has condemned North Korea’s second missile launch in less than a week.

In a media briefing on Tuesday, White House spokesperson Jen Psaki said the U.S. denounces the ballistic missile launch by the North, calling it a violation of multiple UN Security Council resolutions and a threat to the region and international community.

She urged the regime to refrain from additional provocation and engage in sustained and substantive dialogue, adding that the U.S. will continue close cooperation with its allies and partners on the matter.

Psaki also referred to an earlier assessment by the U.S Indo-Pacific Command that the latest launch does not pose an immediate threat to U.S. personnel or territory or to its allies.

The U.S. State Department made a similar assessment when it denounced the Tuesday launch.

Department spokesperson Ned Price said the North Korean missile launch is a strong destabilizing factor for security and called for resumption of talks with Pyongyang, calling dialogue and diplomacy the best ways to move forward.

While floating the idea of holding the North responsible for the launch at the UN Security Council level, Price was quick to add that it is too early to predict what next moves Washington will take.
Share
Print
List