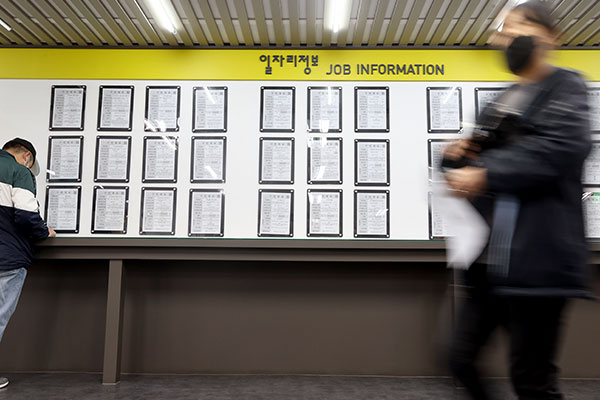 According to Statistics Korea on Wednesday, the number of employed people reached 27-point-27 million in 2021, up 369-thousand from a year earlier. This is the largest increase since 2014, when 598-thousand jobs were added. It hovers just over the government’s target of 350-thousand.

Gong Mi-suk, a senior official at the statistics agency, said robust exports, as well as changes to industrial structures such as virtualization and digitalization helped create jobs.

She also attributed the growth partially to the base effect from 2020, which had the biggest job loss in 22 years due to the pandemic.

Jobs in the health and welfare industries, which include temporary public jobs for the elderly, rose by almost 200-thousand last year. Jobs also grew in the transportation, warehouse and ICT industries.

However, jobs fell by 150-thousand in the wholesale and retail industries and by 47-thousand in restaurant and lodging businesses hit by the pandemic.
Share
Print
List