Survey: US Most Trusted Nation to S. Koreans 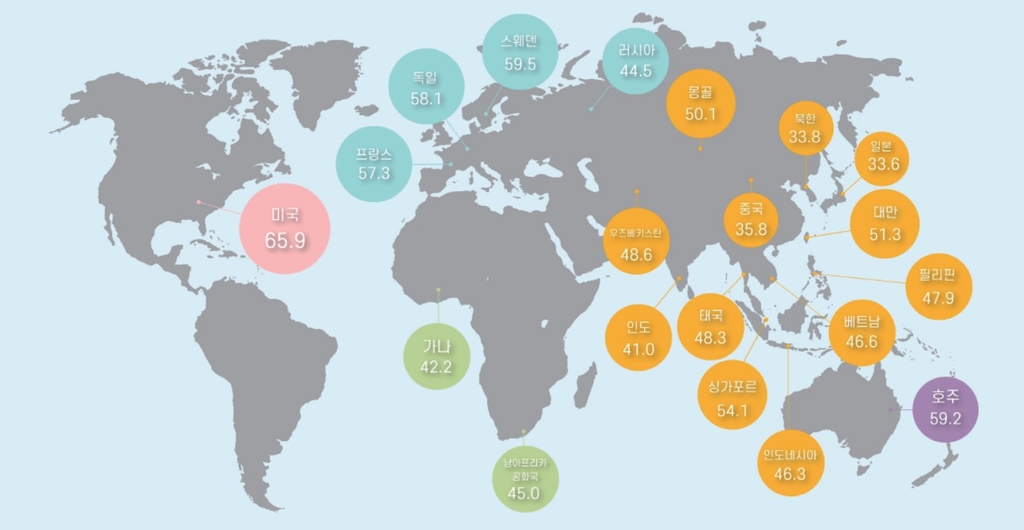 A new survey shows that South Koreans trust the United States more than any other major country while expressing significant distrust toward neighboring China and Japan.

The survey published as part of the latest edition of Asia Brief released by the Seoul National University Asia Center was conducted by Hankook Research last month. Around one-thousand adults nationwide were asked about their opinions on 20 countries.

Among the polled, 71-point-six percent said the U.S. is the most credible nation. However, only six-point-eight percent picked China, making it the most distrusted nation. Japan was second to last at 13-point-three percent.

Asked which nation their country should work with most, 69-point-two percent chose the U.S., while only one-point-one percent chose Japan.

China and North Korea were also ranked low with only six-point-nine percent and six-point-five percent, respectively.