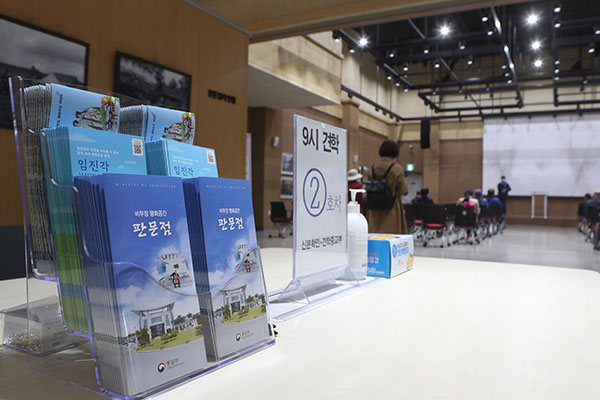 Tours to the inter-Korean truce village of Panmunjom will be suspended due to the spike in COVID-19 infections among U.S. forces serving in the nation.

The unification ministry said Wednesday that the tours will be tentatively suspended from next Tuesday in line with tightened quarantine rules taken by the United Nations Command(UNC) and U.S. Forces Korea(USFK).

The UNC said in a statement that it ordered the suspension of tours to the Joint Security Area, the official name of Panmunjom, from next Tuesday.

The USFK is in the midst of a sharp rise in COVID-19 cases, roughly a month after tours restarted. As such, it raised its health protection status to “Bravo Plus” last Saturday.

The commander of the USFK concurrently serves as the head of the UNC and most of the officers in the UNC are made up of USFK members.
Share
Print
List