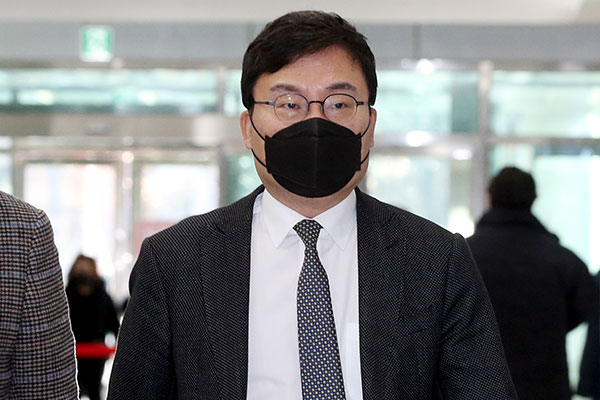 A Jeonju court handed down a six-year prison term to independent lawmaker Lee Sang-jik, who founded budget carrier Eastar Jet, on charges of embezzlement and breach of trust.

Lee was indicted for causing about 44 billion won in losses to the airline by underselling company shares to a subsidiary owned by his children in 2015.

He was also charged with embezzling five-point-four billion won from the airline and its affiliates and causing the affiliates losses of five-point-six billion won by arbitrarily raising or lowering the value of their bonds.

Lee was arrested in April last year but released on bail in October. Once his prison sentence is finalized, Lee, who defected from the ruling Democratic Party(DP) in 2020, will lose his parliamentary seat.

In a separate case, Lee was given a suspended sentence of 16 months by the same court in June last year for violating election laws.
Share
Print
List