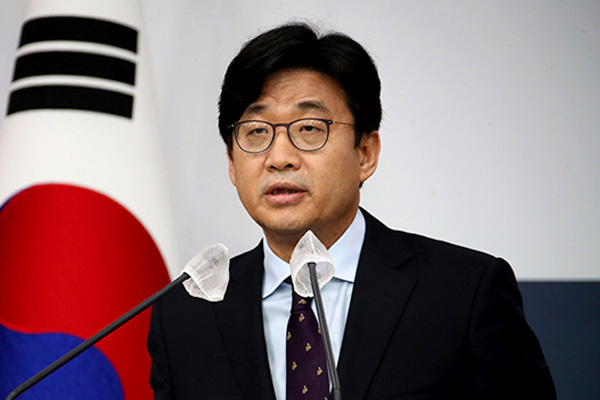 A senior official who attended Tuesday's Cabinet meeting was confirmed to have contracted COVID-19, compelling all other attendees to cancel their official schedules and get tested.

According to the Office for Government Policy Coordination on Wednesday, Second Vice Foreign Minister Choi Jong-moon tested positive earlier in the day.

Aside from Choi, who attended the meeting in place of Foreign Minister Chung Eui-yong, 15 others were in attendance.

All participants were wearing masks and social distancing rules were followed. While none of the other attendees were assessed to have had close contact with Choi, all will get tested as a proactive step.