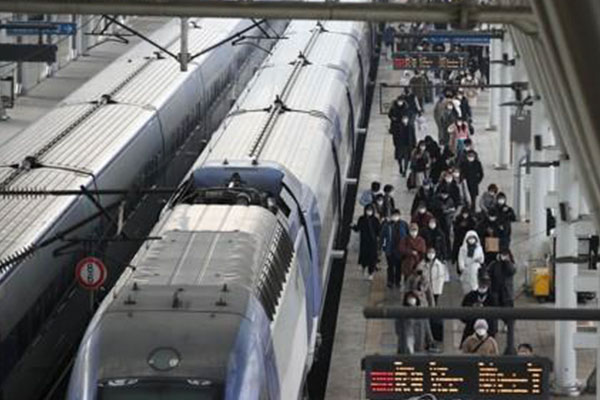 This means more people are expected to take the train to visit their hometowns despite the ongoing pandemic.

The Korea Railroad Corporation(KORAIL) said Wednesday that window seat-only reservations, which opened on Tuesday, have filled up to 52-point-two percent.

The figure is higher than the 39-point-seven percent registered at a comparable time in last year's Lunar New Year and 48-point-nine recorded for the previous Chuseok.

Close to 72 percent of the reservations were made via mobile and over 28 percent using a computer.

Bookings will open Thursday for more train routes including those headed to the Jeolla Province region.

Tickets must be paid for by no later than Sunday, after which reservations will be automatically canceled and openings made available to others on a wait list.
Share
Print
List