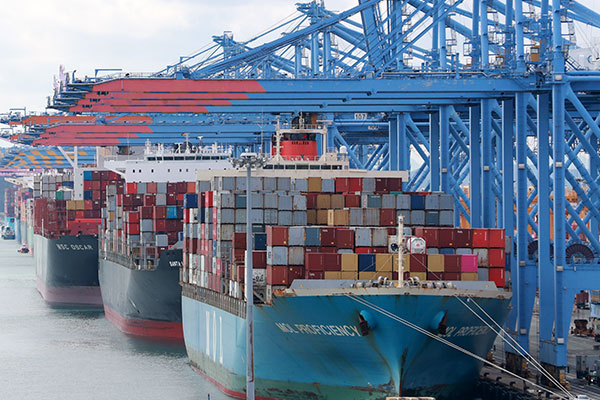 Export and import prices both dropped for the second straight month in December amid falling prices of oil.

According to data from the Bank of Korea(BOK) on Thursday, the country's export price index marked 114-point-64 last month, down one percent from a month earlier.

However, for all of 2021, export prices jumped 14-point-three percent on-year, the largest growth since 2008 when they soared 21-point-eight percent.

Import prices slipped one-point-nine percent in December from a month earlier. But from a year ago, they rose nearly 30 percent.