Blinken: US to Use Every Tool to Address N. Korea's WMD, Ballistic Missile Programs 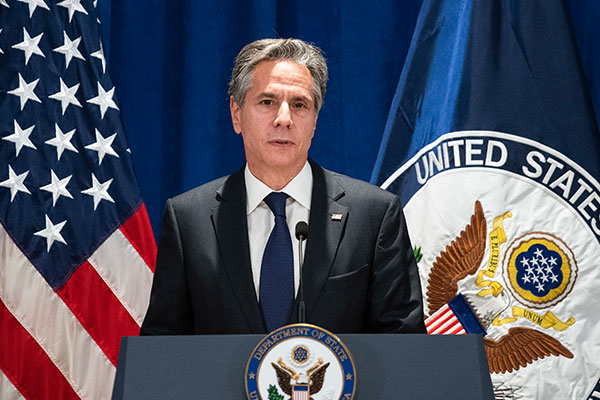 U.S. Secretary of State Antony Blinken said on Wednesday that the United States will use every appropriate tool to address North Korea's weapons of mass destruction(WMD) and ballistic missile programs.

Blinken made the remarks in a statement after the U.S. Treasury imposed sanctions on six North Koreans, one Russian and a Russian firm it said were responsible for procuring goods for the North's WMD and ballistic missile programs.

Blinken said the move conveys the U.S.' serious and ongoing concern about the North's continued proliferation activities and those who support it.

The U.S. top diplomat then said the United States will use every appropriate tool to address the North's WMD and ballistic missile programs, which constitute a serious threat to international peace and security and undermine the global nonproliferation regime.

He added that the U.S. will continue to closely cooperate with its allies and partners to advance their common goal of the complete denuclearization of the Korean Peninsula.

Blinken said the U.S. will continue to seek dialogue and diplomacy with North Korea, calling on the North to engage in negotiations.
Share
Print
List