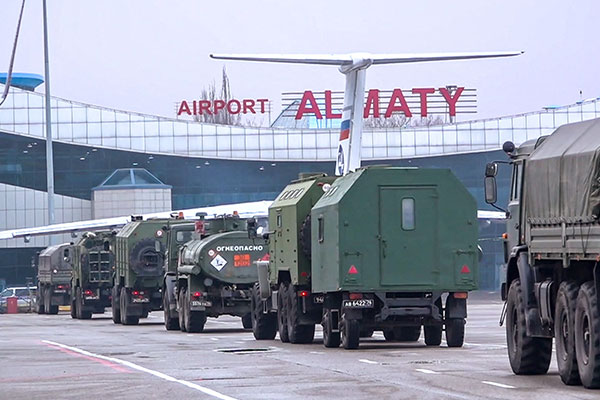 Almaty International Airport in Kazakhstan will reportedly resume operation on Thursday as the recent public unrest has faded.

The Russian Interfax News Agency issued the report on Wednesday, citing the civil aviation committee of Kazakhstan's Ministry of Industry and Infrastructure Development.

The airport’s management reportedly said domestic and international flights will operate from 8 a.m. to 9 p.m.

Earlier, the airport’s public relations office said the airport would not resume operations before Friday, while the city government said it would be closed until the end of the state of emergency next Wednesday.

However, the resumption appears to have been moved up as the public unrest has been stabilized quickly in Almaty and other major cities.

Accordingly, an Asiana Airlines flight, which has been grounded at the airport since last Wednesday, will reportedly depart for South Korea at noon on Thursday.

Protests initially erupted in various Kazakh cities early this month over soaring fuel prices, with protesters seizing the airport during the riots. The airport was later cleared.
Share
Print
List