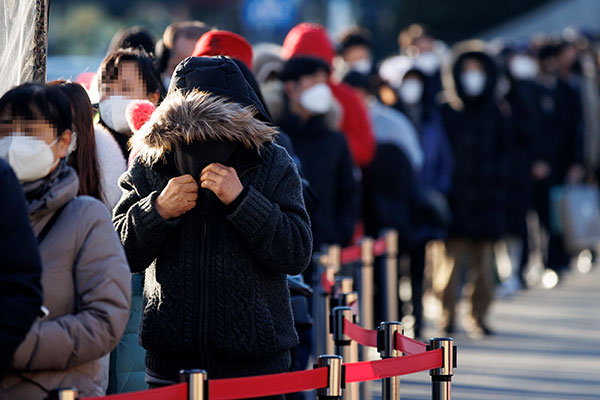 Daily new COVID-19 cases remained over four-thousand for a second straight day while imported cases hit a new high on Thursday amid the global spread of the omicron variant.

The daily tally rose by 42 from a week ago but dropped by 867 from two weeks ago.

Of the latest figure, three-thousand-776 were local transmissions, while 391 were from overseas. Imported cases hit a new high just a day after surpassing 300 for the second time and setting a record high of 380.

Nearly 68 percent of imported cases were those arriving from the United States. Health authorities have urged caution with a total of 70 confirmed cases as of Wednesday among those returning from the Consumer Electronics Show(CES) in Las Vegas from January 5 to 8.

Meanwhile, the number of critically ill patients fell 48 from the previous day to 701. As of 5 p.m. Wednesday, the ICU occupancy rate nationwide dropped to 38-point-nine percent.