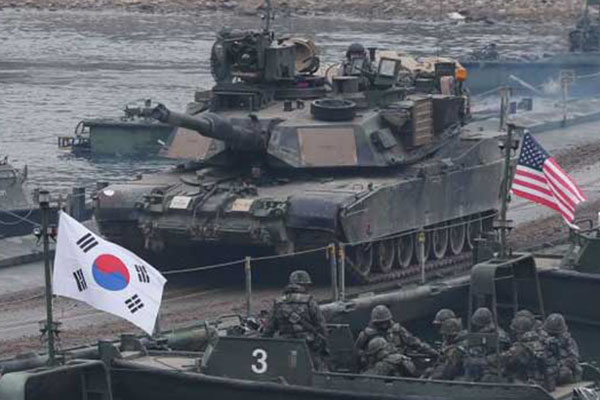 South Korea and the U.S. are currently discussing the possibility of holding their annual springtime military exercise in April instead of March.

A military source who spoke on condition of anonymity told Yonhap News Agency on Thursday that the two sides are considering the delay due to the COVID-19 pandemic and the  upcoming presidential elections on March 9.

Seoul and Washington have carried out joint military drills every year in March and August to review their combined defense readiness against North Korean provocations.

The delay also reflects a recent spike in COVID-19 cases among U.S. forces stationed in the country.

According to U.S. Forces Korea(USFK), four-thousand-626 service members have tested positive for COVID-19 since the beginning of the pandemic, or 16-point-five percent of all U.S. military personnel in the nation.

The figure is higher than the roughly 35-hundred COVID-19 cases reported among South Korea’s 550-thousand-strong military, accounting for zero-point-six-three percent or all troops.
Share
Print
List