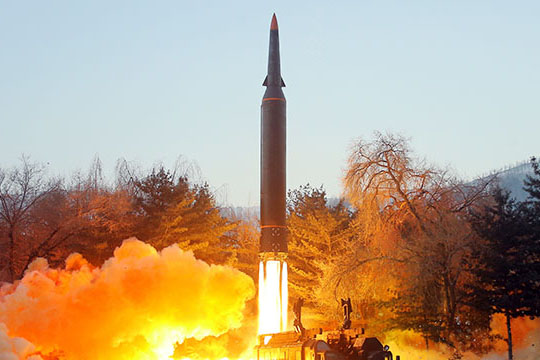 The United States is pushing for additional sanctions at the United Nations against North Korea over its recent ballistic missile tests.

She added that each of the launches was in violation of UNSC resolutions.

The diplomat said the proposal is on top of the Joe Biden administration's latest sanctions on six North Koreans, one Russian and a Russian entity involved in the regime's weapons of mass destruction(WMD) and ballistic missile programs.

According to multiple diplomatic sources, the additional sanctions are expected to involve including the individuals and entities designated by the U.S. departments of state and treasury on the UNSC list.

Those designated by the UNSC will have their assets frozen and be banned from overseas travel.

While the designations won't require a new resolution, they will have to be approved by the North Korea sanctions committee. It, however, remains unclear whether they will go through, as the approval requires a consensus among permanent council member states, including China and Russia.