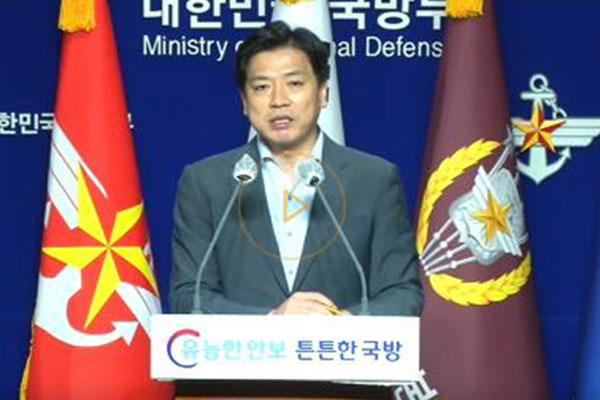 The Ministry of National Defense has reaffirmed that the military is capable of detecting and intercepting the latest North Korean missile launched on Tuesday.

Ministry spokesperson Boo Seung-chan made the remark during Thursday's regular briefing, as concerns rise over the military's missile defense capabilities.

When asked about the ministry’s analysis of the North's latest launch, Boo stated that the missile reached a top speed of Mach Ten during its ascent, but this doesn’t mean it maintained that speed during its gliding flight.

His correction is widely seen as the military reaffirming its previous stance that North Korea's latest missile is not hypersonic, but rather a ballistic missile.

Hypersonic missiles are known to maintain a speed of Mach Five or higher during gliding flight or descent after the first-stage separation.
Share
Print
List