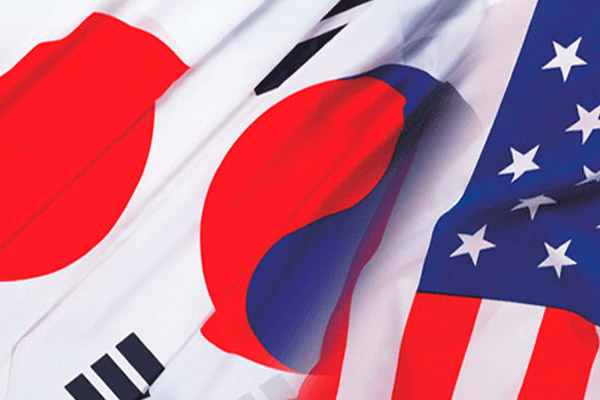 Senior officials of South Korea, the United States and Japan held talks on the phone Thursday to discuss responses to the recent missile launches by North Korea.

The talks came two days after the North launched what it called a hypersonic missile into the East Sea under the watch of its leader Kim Jong-un.

The defense officials shared an assessment of the latest missile launches and the state of affairs on the Korean Peninsula and in the region.

The ministry said that in particular, South Korea and the U.S. agreed to accelerate an in-depth analysis and preparations of response measures against North Korea's growing missile threat.

The Pentagon said in a statement that the representatives discussed the North's nuclear and missile threat, regional security, and substantive ways to strengthen trilateral security cooperation.

It added that the officials reaffirmed the importance of trilateral security cooperation and committed to conduct a Trilateral Defense Ministerial on a date to be mutually determined in the future.
Share
Print
List