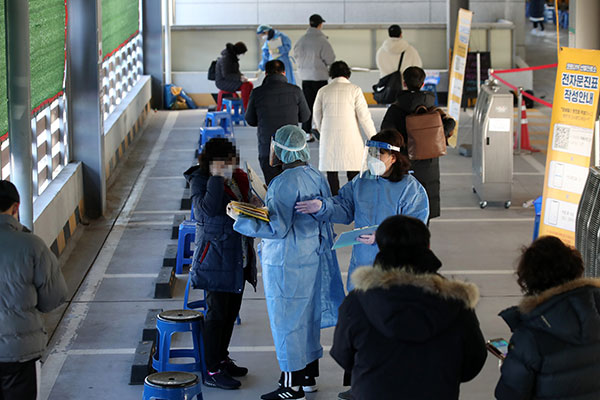 Daily new COVID-19 cases remained over four-thousand for a third straight day while imported cases hit a new high amid the global spread of the omicron variant.

The Korea Disease Control and Prevention Agency(KDCA) said on Friday that four-thousand-542 new cases were compiled throughout the previous day, raising the total caseload to 683-thousand-566.

Of the latest figure, four-thousand-133 were local transmissions, while 409 cases were from overseas. Imported cases surpassed 400 for the first time and hit a new high for three straight days.

The number of critically ill patients fell to 659, falling below 700 for the first time in 45 days. As of 5 p.m. Thursday, the ICU occupancy rate nationwide dropped slightly to 37-point-one percent.