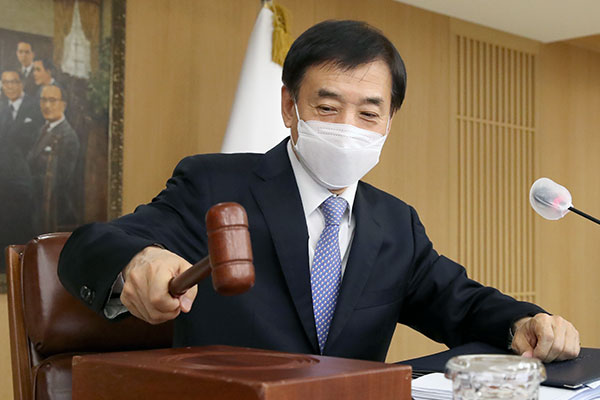 The Bank of Korea(BOK) chief hinted at another rate hike on Friday, after the central bank raised the key rate to one-point-25 percent, saying the nation's monetary policy remains accommodative when weighed against the real economy.

During a virtual meeting with media outlets, BOK Governor Lee Ju-yeol said there's a need for further adjustment in the benchmark rate in line with the economic situation, calling for a need to reduce risks stemming from financial imbalance.

Lee went on to say that one additional hike to one-point-five percent would fall short of transitioning to austerity.

Regarding the U.S. Federal Reserve's austerity, the BOK chief assessed that the pace of the Fed's policy normalization seems to be accelerating, while projecting that its impact on the local economy will be limited.
Share
Print
List