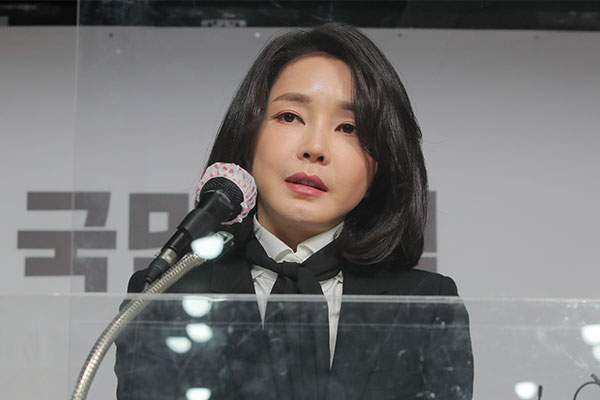 The Seoul Western District Court on Friday partially adopted an injunction against MBC which was filed by Yoon’s wife, Kim Keon-hee, seeking to suspend their plan to broadcast the recorded phone calls. The ruling allows the broadcaster to play portions that are not related to cases under investigation.

Casual day-to-day conversations that do not express Kim's political opinions will also be banned from broadcasts, it said.

The court said the recordings appear to include Kim’s statements regarding a case under investigation. It then said that if Kim is investigated or inspected regarding the case, playing the file in public in prior to any investigation could infringe on her rights to refuse to make statements.

A YouTube channel favorable to the ruling bloc was known to have recorded seven-hour long telephone conversations with Kim. MBC was reportedly planning to air the recordings.

Few details including what she said in the call are known yet, but the PPP suspects that broadcasting the call will be used as part of a political offensive strategy against its presidential candidate Yoon.
Share
Print
List