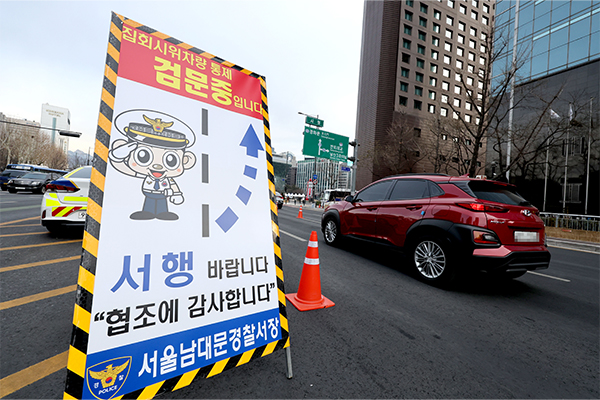 Progressive groups held mass rallies in downtown Seoul on Saturday despite being banned from gathering by the Seoul government and police.

An association comprising liberal-leaning groups such as the Korean Confederation of Trade Unions(KCTU) said they will hold labor protests in major downtown areas from 2 p.m. to voice their demands including a wider application of the Labor Standards Act.

Organizers reported the scheduled rallies to authorities by Friday, but Seoul City and the police banned all of them citing COVID-19 concerns.

Temporary checkpoints were set up to block vehicles carrying stage equipment and rally participants. Despite the precaution, protesters gathered in Yeouido after 12:30 p.m.

The police have requested organizers withdraw their plans, citing virus concerns as crowds of protesters gather in Seoul from nationwide.
Share
Print
List