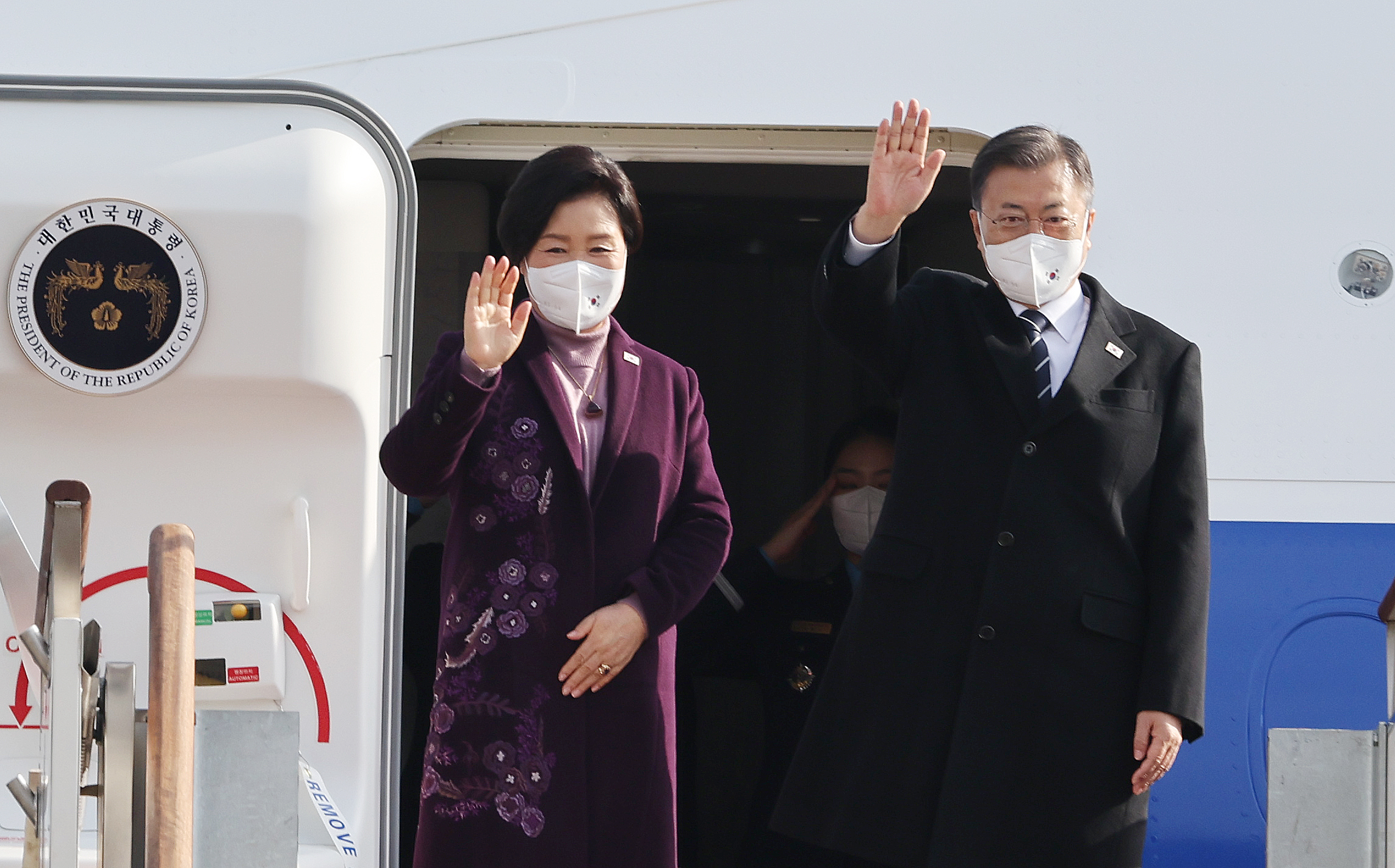 President Moon Jae-in on Saturday departed for a weeklong Middle Eastern tour that will bring him to three countries.

In a working visit to the United Arab Emirates, Moon will attend a round table business meeting on cooperation in the hydrogen industry and meet with Sheikh Mohammed bin Rashid Al Maktoum, the UAE prime minister.

He will also attend a Korea National Day event at the Dubai Expo where the president will seek to promote Busan's bid to host the 2030 expo.

In summit talks with the crown prince, strengthening cooperation on climate change, defense and public health will be discussed.

The government previously said it is pushing to sell its mid-range surface-to-air missile known as M-SAM to the UAE.

In the following two days, Moon will be in Saudi Arabia for an official visit for talks with Crown Prince Mohammed bin Salman and to attend a business forum on innovative growth.

He will then make a state visit to Egypt that will include a summit with President Abdel Fattah Al-Sisi and a round table meeting on green business and sustainable growth.