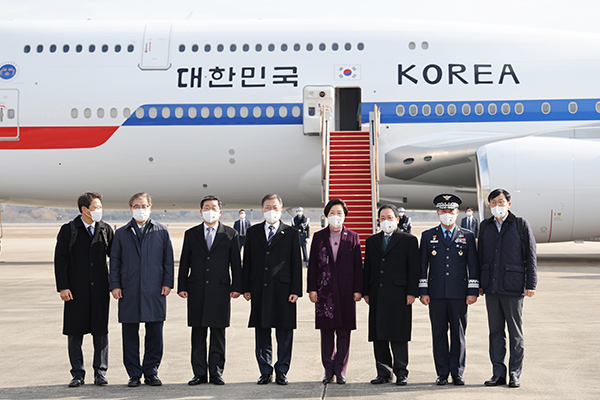 A new Code One aircraft, which will serve as the presidential plane, has made its debut.

The presidential office said that President Moon Jae-in embarked on his Middle Eastern tour on board the new plane.

The previous aircraft, a Boeing 747-400, has been retired after eleven years and nine months of service. Since being leased to the Presidential office by Korean Air in February 2010, it has traveled to 156 countries, or some one-million-622-thousand kilometers.

The new Code One is a Boeing 747-8i and can travel faster and farther than the previous aircraft. The presidential office also said the aircraft has been modified for passenger comfort.