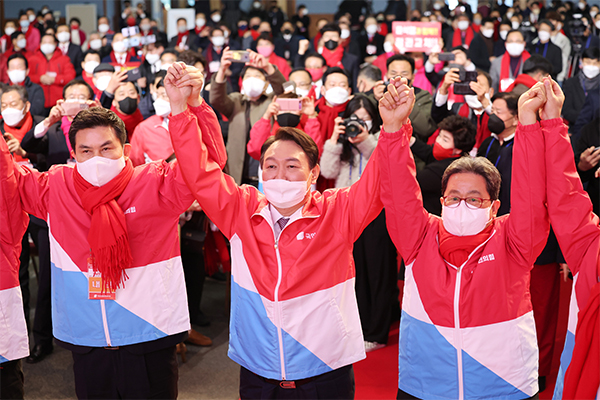 In the morning, he paid respects at a memorial tower in Busan commemorating fallen sailors and met with members of a maritime labor union.

Later, Yoon attended a ceremony at Busan Port Passenger Terminal where a vision was declared for Korea to become a maritime power house.

In the afternoon, he will take the Donghae rail line at Busan's Ilgwang station and travel all the way to Taehwa River station in Ulsan.

His election camp said the candidate will meet with local residents on the way to demonstrate his vow to realize a better transport network for the region.