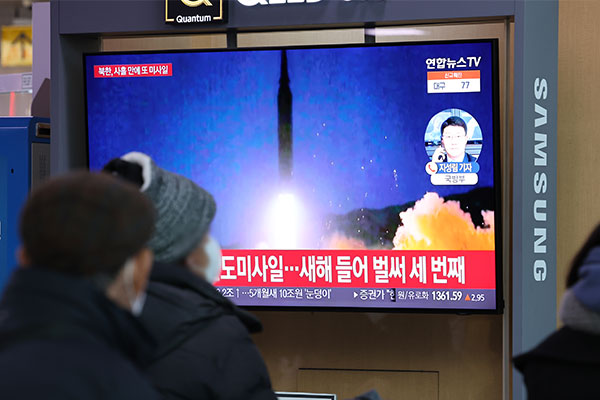 The JCS made the assessment on two projectiles that the North launched from Sunan airport in Pyongyang toward the East Sea.

The JCS said the South’s military is keeping a close eye on the North in order to be prepared for any additional launches and is maintaining defense readiness.

The missiles fired on Monday are said to have a range of less than 400 kilometers.

The range has raised the possibility that the North re-launched the same type of short-range ballistic missiles modeled after Russia’s Iskander missile that it fired from a train last Friday. Military authorities have yet to finalize the analysis on the specifics of the projectiles fired on Monday.