US CDC: Boosters 90% Effective Against Hospitalization from Omicron 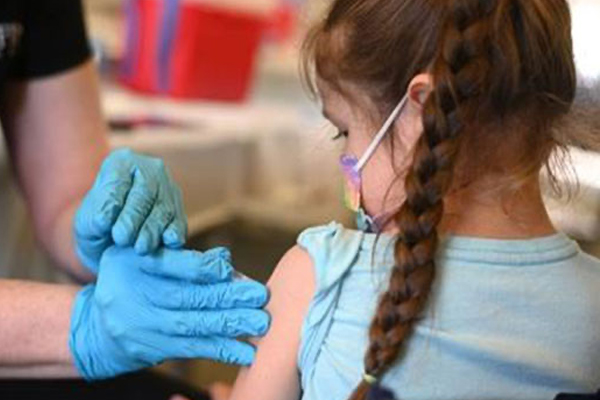 Data published by the U.S. Centers for Disease Control and Prevention(CDC) shows that booster shots of Pfizer and Moderna are 90 percent effective against hospitalization with the omicron variant.

According to CNN, three new studies from the CDC represent the first real-life data to examine the effect of boosters against omicron.

The New York Times said that in one study, researchers analyzed 88-thousand hospitalizations and some 200-thousand visits to emergency departments and urgent care clinics in ten states from August to January.

Vaccine effectiveness against hospitalization with omicron fell to just 57 percent in people who received their second dose more than six months ago, but a third shot restored that protection to 90 percent.

But researchers added it’s unclear whether protection from the boosters might also wane as it did after two shots.

In another study, people with three shots were less likely to get infected with the new strain. Based on data from 25 state and local health departments, researchers found that among those who were boosted, there were 149 cases per 100-thousand people on average each week, compared to 255 cases for those who had only two doses.

A third study of over 13-thousand U.S. omicron cases showed that having a booster helped prevent people from becoming ill. It found that the odds of developing a symptomatic infection were 66 percent lower for people who were boosted compared to those who had only had two shots.

CNN said the latest results raise the question of whether people with just two vaccine doses should still be considered fully vaccinated.

Dr. William Schaffner, a longtime CDC adviser who was not involved with the studies, said it's necessary to redefine fully vaccinated as three doses, and that it's the third dose that really gives the solid, best protection.
Share
Print
List