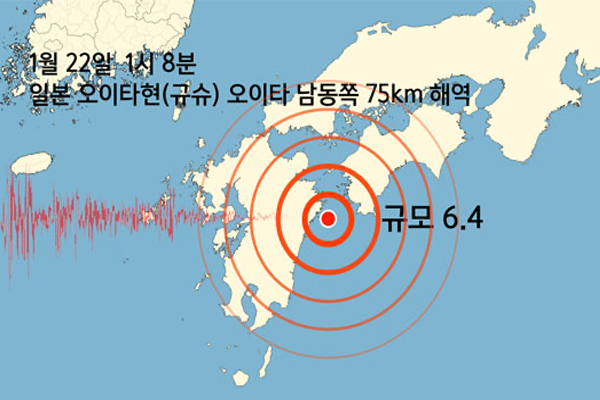 The epicenter of the tremor reported at 1:08 a.m. was 40 kilometers deep and 75 kilometers southeast of Oita Prefecture.

Strong shaking at magnitude five on the Richter scale was felt in nearby regions including Miyazaki.

A magnitude seven quake had occurred in the same area in the past and as more major seismic activities are forecast in the future, the Japan Meteorological Agency said it will look into possible links.

The agency urged caution, noting tremors of a similar strength could happen again in the coming week.
Share
Print
List