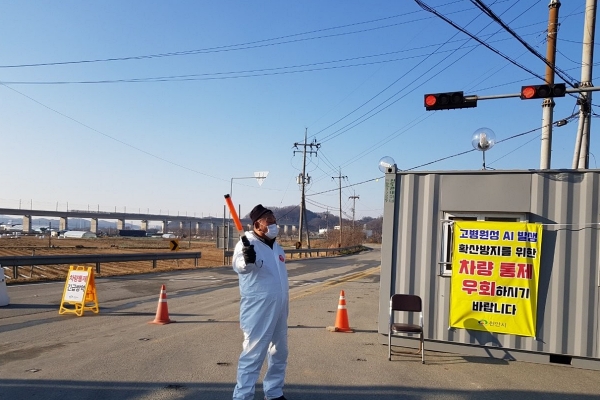 Another case of the highly pathogenic avian influenza virus has been confirmed in Jincheon, North Chungcheong Province.

The government said on Saturday that the latest case was confirmed at a farm raising about ten-thousand ducks.

This is the 22nd confirmed case involving poultry farms this winter.

The government sent a response team immediately after the case was reported, implementing proactive quarantine measures. Authorities have culled ducks there to prevent the spread of the disease and cordoned off the site.