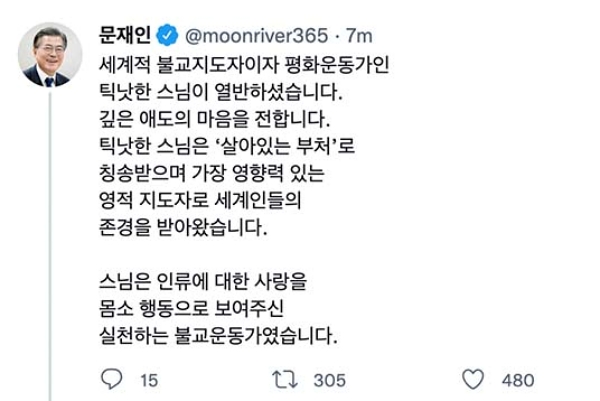 The influential Vietnamese Buddhist monk died on Saturday at the age of 95 at the Tu Hieu Pagoda in the city of Hue.

President Moon said on his social media on Saturday that the monk's footprints, words and teachings will always live in people's practice.

The president added that the monk was admired as a living Buddha and respected by people around the world as the most influential spiritual leader.

Moon said the monk was also a Buddhist activist who showed his love for mankind through actions.
Share
Print
List