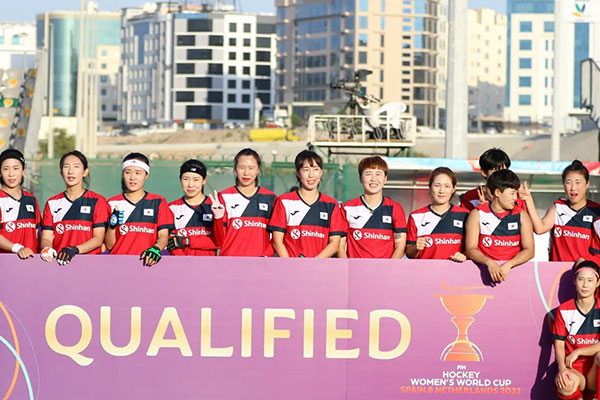 South Korea has advanced to the finals of the 10th Women's FIH Hockey Asian Cup, and will compete in the World Cup this summer.

The team beat India 3-2 in the semifinals held on the fifth day of the field hockey competition organized by FIH, or the International Hockey Federation, in Muscat, Oman on Wednesday.

By finishing in the top two positions for their respective pools, all four semi finalists - India, Korea, China and Japan - have qualified for the FIH Hockey Women’s World Cup Spain and Netherlands 2022 on July 1 to 17.

South Korea, which last advanced to the Asian Cup’s finals in 2013, will face Japan on Friday. In their last Asian Cup meeting Korea lost 1-2. The team also lost 1-2 in a match-up with Japan in the finals of the Women's Asian Champions Trophy held in Donghae, Gangwon Province last month.