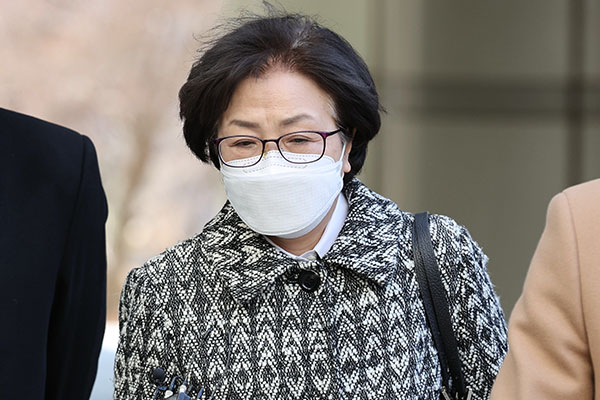 Former environment minister Kim Eun-kyung has been sentenced to two years in jail, becoming the first minister appointed by the Moon Jae-in administration to go to prison.

The Supreme Court on Thursday confirmed the original verdict, sentencing Kim to two years in prison for abuse of power.

The ruling comes three years after a whistleblower revealed that Kim and Shin had fired executives at environment ministry-affiliated public institutions and replaced them with those more favored by the presidential office and the environment ministry.

The prosecution launched an investigation into the case in January 2019 and issued an arrest warrant for Kim in March. She denied all the charges but was eventually found guilty.
Share
Print
List