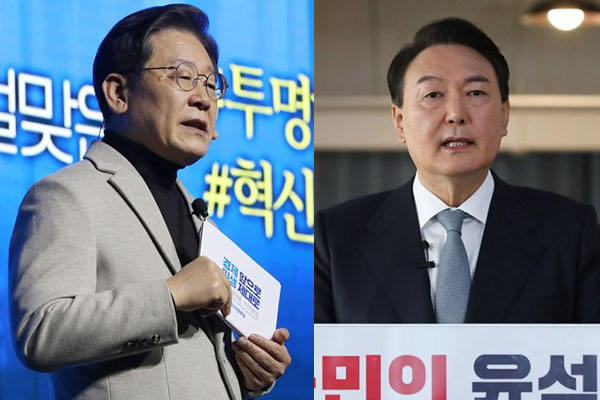 The ruling Democratic Party(DP)'s presidential candidate Lee Jae-myung halted his schedule in the capital region and headed down south to Gwangju, making pledges tailored to the city.

Lee promised government support for relocating the Gwangju military airport, and promised to turn the city into a corporate hub specialized in Artificial Intelligence(AI).

He also visited the site of the Gwangju apartment collapse, offering his condolences to families of those who are still missing.

He said the top office will consist of selected aides and government-civil joint committees for different sectors which will focus only on major state affairs and creating visions for the future.

Yoon pledged the presidential office will disappear into history the day he takes office, and the site will be returned to the people.
Share
Print
List