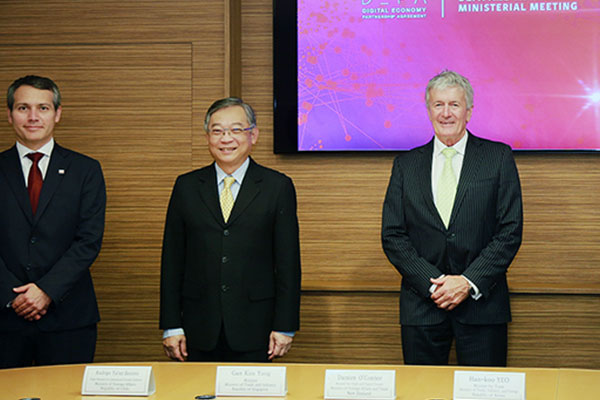 The Ministry of Trade, Industry and Energy said Thursday that the government held virtual talks with member nations of the digital pact, in their first round of negotiations for South Korea's entry.

The DEPA is a multilateral agreement signed by Singapore, New Zealand and Chile in 2020 aiming to establish key digital norms and boost digital cooperation among members.

The talks will focus on cooperation in the digital economy, which includes electronic transactions, Fintech and public domain, as well as other digital projects to be carried out by South Korea and DEPA member nations.
Share
Print
List