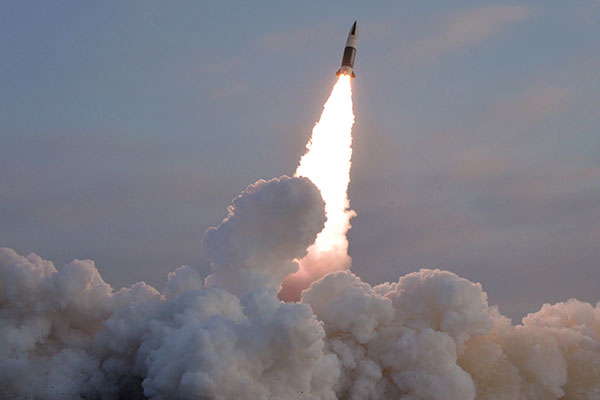 The U.S. has condemned North Korea's latest missile launch while reaffirming its commitment to denuclearize the Korean Peninsula through dialogue and diplomacy.

He also reiterated that Washington remains focused on its diplomatic approach towards Pyongyang, once again urging the North to engage in dialogue.

The U.S. Indo-Pacific Command assessed that although the recent series of ballistic missile tests do not pose an immediate threat to the U.S. and its allies, they highlight the destabilizing impact of North Korea's illicit weapons program.

North Korea fired two apparent short-range ballistic missiles toward the East Sea on Thursday morning according to the South Korean Joint Chiefs of Staff, in its sixth show of force this month alone.
Share
Print
List