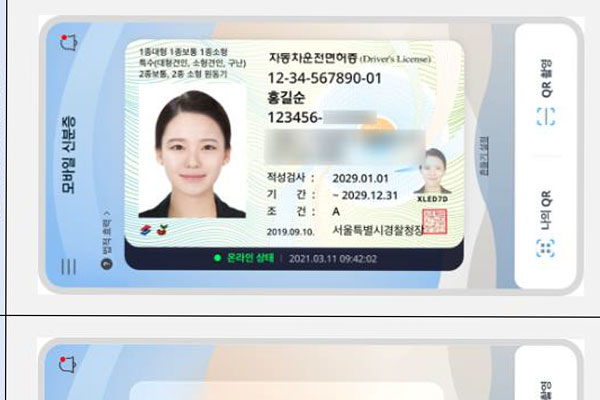 Drivers in two cities will be able to get a mobile driver’s license from Thursday, marking the first introduction of online licenses for the general public.

According to the Ministry of the Interior and Safety and the National Police Agency Thursday, the Seoul Seobu and Daejeon Driver's License Examination Offices, as well as 14 police stations across the two cities began issuing mobile licenses.

These licenses have the same legal validity as physical card licenses issued in plastic. Authorities plan to issue them nationwide from July following a six-month trial period.

The online license can be issued in addition to a physical license, but only one will be issued per mobile device registered with one's own name.
Share
Print
List