Another Presumed to Be Among Missing Gwangju Apartment Construction Workers Located 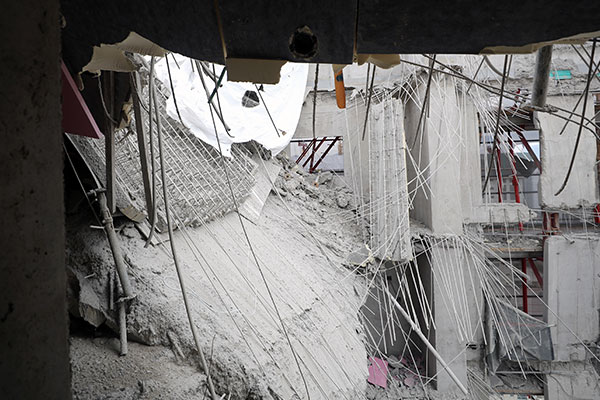 Another person presumed to be among the five construction workers still missing after the collapse of an apartment in Gwangju earlier this month has been located.

Moon Hee-joon, the head of the Gwangju western fire station, said in a briefing on Thursday the person was found on the 28th floor at 11:50 a.m. with the help of an endoscope.

The confirmation came two days after the positioning of the first construction worker who was among those presumed missing on the 27th floor. While whether they are still alive remains as yet unclear, authorities are seeking to reach them through the rubble.

The police plan to run DNA analyses on the blood found nearby to help identify the two people.

On January 11, the exterior wall of the 39-floor I’Park building in Hwajeong-dong in the southwestern city partially collapsed. Six people who were working on the 28th to 34th floors were initially missing, but one was found dead three days later.
Share
Print
List