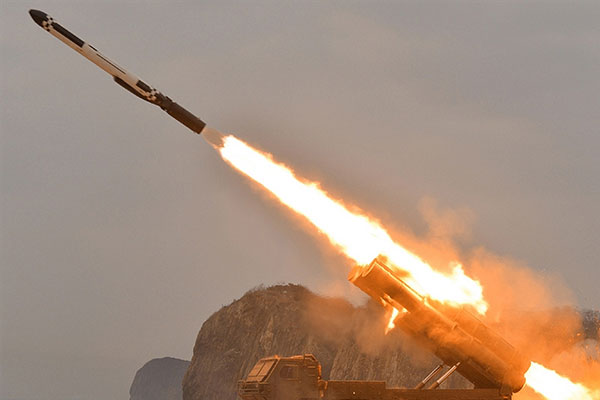 The North's official Korean Central News Agency(KCNA) said Friday that the Academy of National Defense Science carried out the test launches to update the long-range cruise missile system and confirm the power of conventional warheads for surface-to-surface tactical guided missiles on Tuesday and Thursday, respectively.

It also said the two long-range cruise missiles launched on Tuesday flew for nine-thousand-137 seconds and hit the target island 18-hundred kilometers away.

South Korea's Joint Chiefs of Staff(JCS) said on Thursday that the North test-fired two projectiles presumed to be short-range ballistic missiles from around the eastern coastal city of Hamheung toward the East Sea that morning. The JCS said the missiles flew about 190 kilometers at a top altitude of 20 kilometers.

It was the North's sixth provocation this year and came just two days after the North launched two cruise missiles from an inland area.
Share
Print
List