Parties to Discuss Details of Televised Presidential Debate without PPP 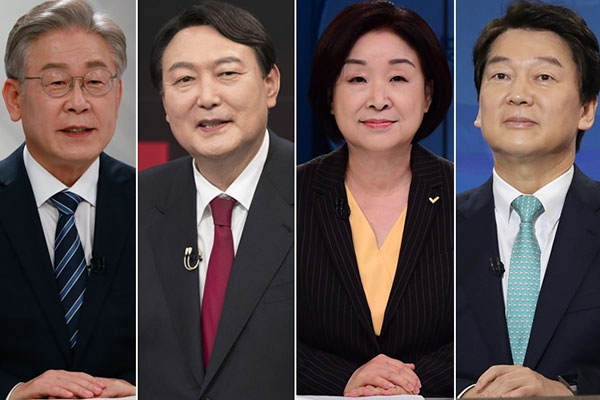 The ruling and opposition parties will hold working-level discussions on Friday to work out details for a TV debate for their presidential candidates.

The talks come as the country's three main terrestrial broadcasters have proposed a debate involving the four candidates from the Democratic Party(DP), People Power Party(PPP), People’s Party and Justice Party.

The main opposition PPP, however, will not take part in Friday’s discussions, as the party has called for a one-on-one debate between its candidate Yoon Suk Yeol and DP candidate Lee Jae-myung before a multi-party debate.

Initially, the DP, People’s Party and Justice Party were seeking to hold the debate on Monday, but that seems virtually impossible with the PPP not taking part in Friday’s discussions.

All eyes are now on whether the three parties will decide to hold a debate without the PPP during Friday’s negotiations.
Share
Print
List