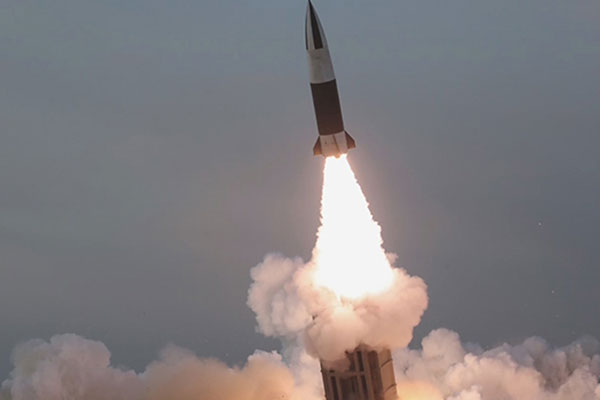 United Nations Secretary-General spokesperson Stéphane Dujarric said on Thursday that the North's repeated ballistic missile launches have become a great concern for the international community. He then called for a resumption of diplomatic talks on the regime's verifiable denuclearization.

The European Union(EU) also expressed concern, with the European External Action Service(EEAS) spokesperson saying the launches are a threat to international and regional peace and security.

The spokesperson urged Pyongyang to fully comply with its obligations under relevant UN Security Council resolutions and to cease destabilizing actions, while responding constructively to the U.S. and South Korea's push to resume dialogue.

The spokesperson added that Washington has consistently urged Beijing to constructively use its influence over ally Pyongyang, to achieve the complete denuclearization of the Korean Peninsula.
Share
Print
List