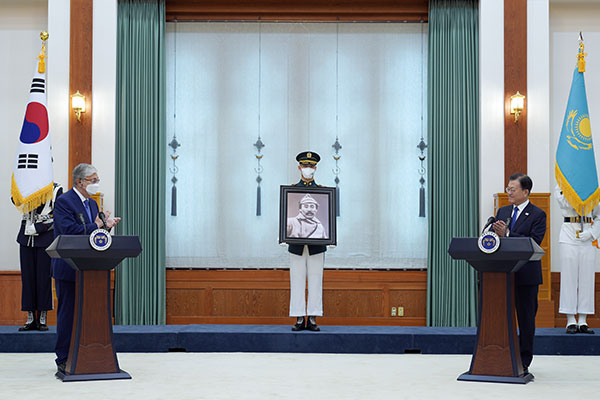 In the letters on Friday, Moon expressed satisfaction over the development of relations with each of the three nations in various areas since establishing diplomatic ties in 1992. He also expressed hope to beef up exchanges.