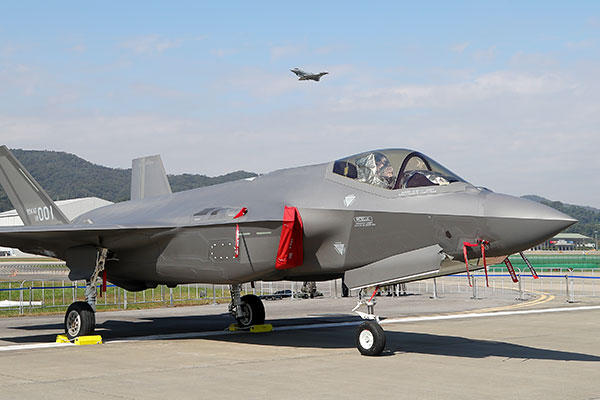 The Air Force has completed the deployment of 40 F-35A stealth fighter jets after three years and ten months.

A military official said Thursday that the last four arrived from the U.S. on Tuesday at an airfield in Cheongju. The delivery, initially slated for late last year, was delayed due in large part to the pandemic.

The deployment began in March 2018 with a budget of over seven-point-seven trillion won after Seoul picked U.S. firm Lockheed Martin's F-35A as the Air Force's next generation fighter jet.

The stealth aircraft is considered a fifth generation fighter capable of air-to-air and air-to-surface attacks and surveillance and reconnaissance missions. It's known to have a combat radius of one-thousand-93 kilometers and a maximum speed of Mach One-point-six.

However, all F-35As are currently suspended as an investigation is under way into an emergency landing early this month. Initial findings point to a bird collision in the left engine area.

An Air Force official said a probe is ongoing and that a U.S. inspection team will join early next month.
Share
Print
List