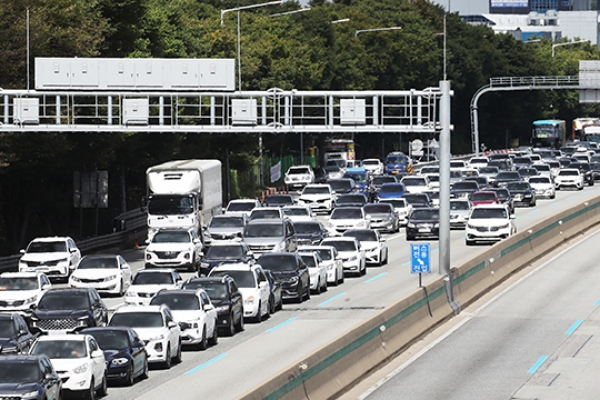 The government plans to build underground expressways in the greater Seoul area to help ease chronic traffic jams in the region's most densely crowded highway sections.

The Land Ministry on Friday said an intergovernmental committee involving administrative officials and scholars reviewed and confirmed a five-year blueprint for building and managing roads nationwide.

The long-term scheme, the second of its kind overseen by the committee, includes 37 expressway-related projects worth at 55 trillion won in total, including three projects to pave an underground section to double the capacity of comparative roads to better accommodate traffic.

One of them is a three-point-two trillion won project to build an expressway right under the existing 32-point-three kilometer stretch of the Gyeongbu Expressway between Hwaseong, Gyeonggi and Seoul.

The two others involve nearly a 20-kilometer-long underground section between Incheon and Seoul on the Gyeongin Expressway and another 31-kilometer stretch between Toegyewon and Pangyo on the Capital Region First Ring Expressway, each worth two trillion won and four trillion won,.
Share
Print
List