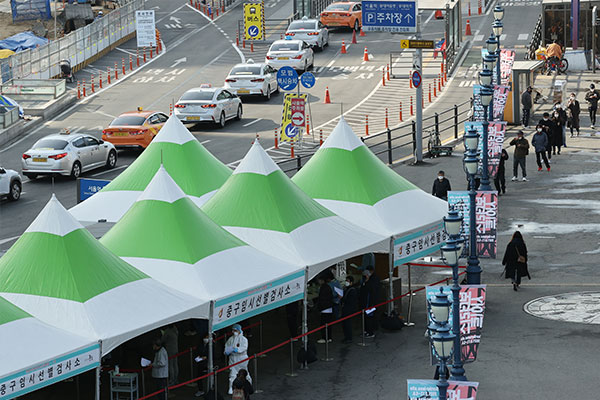 The Korea Disease Control and Prevention Agency (KDCA) said 17-thousand-542 infections were reported throughout Friday including 193 from overseas. It marks the fourth day the tally has been above ten-thousand.

The capital region accounts for 65 percent of new domestic cases, including some 56-hundred in Gyeonggi Province and over 41-hundred in Seoul.

The number of critically ill patients is down by 28 from the previous day at 288.

Also, 34 more deaths were confirmed in the past 24 hours, all of whom were 60 or older. The fatality rate stands at zero-point-83 percent.

The ICU bed occupancy rate was around 17 percent nationwide as of 5 p.m. Friday.

On the vaccine front, 26-point-eight million people, or 52-point-three percent of the population, have received a booster, while 85-point-seven percent are double-jabbed.
Share
Print
List