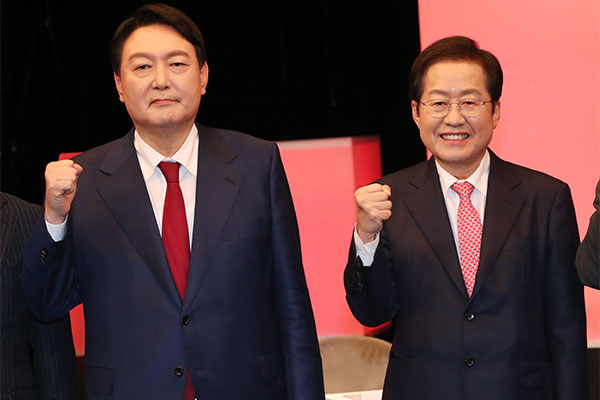 Hong announced the decision in a social media post Saturday, saying he made the move to ensure a transfer of power.

The announcement comes ten days after Hong and Yoon met and held talks.

Hong said he will accept Yoon's request to serve as an adviser and will strive to build a new world and prevent the current administration from staying in power.

He also thanked party members on his and Yoon's side who engaged in working level talks to defuse past misunderstandings.

During their meeting on January 19, the two primary rivals discussed Hong's participation in the election headquarters but there was controversy afterwards over Hong's alleged request for candidate nomination in the March by-elections.
Share
Print
List