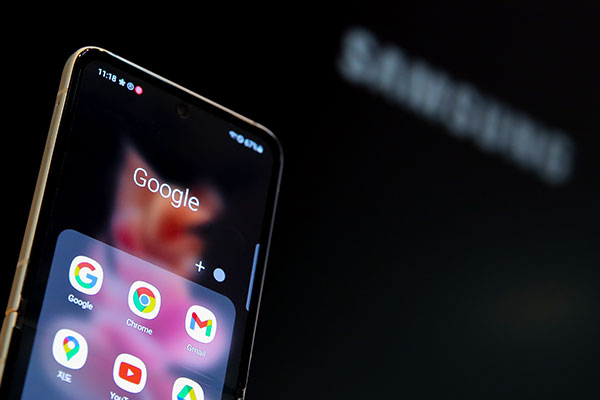 The Seoul High Court on Monday sided with the plaintiffs in a lawsuit filed by Google LLC, Google Asia Pacific and Google Korea against the trade regulator.

The commission last year ordered corrective measures and imposed fines on the global tech giant for forcing smartphone makers to only use its Android mobile operating system.

Google then filed the lawsuit in January to overturn that decision and separately applied for an injunction with the Seoul High Court.

The court has decided to suspend the FTC's order until August 31, saying a deferment is necessary to prevent irreparable damage to the plaintiffs.

The court did rule, however, that the 224-point-nine-billion-won fine imposed on Google remains valid.

In addition to the operating system, Google is also accused of requiring smartphone makers to enter into an "anti-fragmentation agreement" when they sign key license contracts with Google.

The FTC had determined that Google was abusing its market dominance and hampering competition.
Share
Print
List