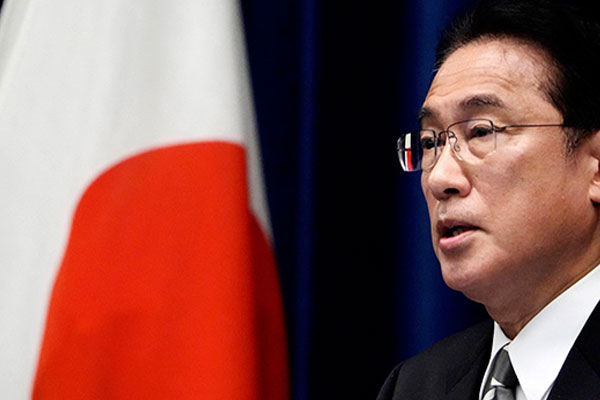 The foreign ministry has said it is not desirable for the South Korean or Japanese government to intervene in civilian-level activities after the Japanese prime minister requested Germany to take down a statue in Berlin symbolizing victims of Japan's wartime sexual slavery.

A ministry official unveiled the stance on Wednesday, adding that the government understands that the statues are installed abroad voluntarily by local communities in a bid to remember and educate people about wartime sexual violence and violation of human rights.

The civic group Korea Verband, which organized the installation of the “Statue of Peace” in Berlin, said Japanese Prime Minister Fumio Kishida's request regarding the statue of a girl to German Chancellor Olaf Scholz was unprecedented.

It said the act of making such a request is a totalitarian move aimed at limiting civil societies’ activities and citizens’ freedom of expression and shows that Japan has no knowledge of Germany’s political culture, in which the federal government cannot meddle in local government administration.

The latest statement came hours after Japan's Sankei Shimbun newspaper said Kishida asked for cooperation on the issue during summit talks with the German leader during his visit to Japan late last month.

The statue was installed in September 2020 by Korea Verband with a one-year installation period.

Following protests by Japan, local authorities ordered its removal just two weeks after it was put in place, but the order was suspended after Korea Verband filed a lawsuit. Last year, the borough’s urban arts committee advised that the statue remain in place until September of this year.

The civic group wants to keep the statue permanently, while Tokyo's protests are expected to intensify.
Share
Print
List