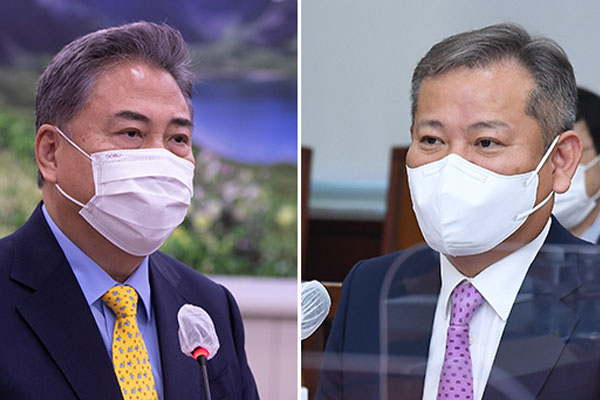 President Yoon Suk Yeol on Thursday pushed ahead with the appointment of Park Jin as foreign minister and Lee Sang-min as interior minister amid delays in their parliamentary confirmations.

The National Assembly has yet to adopt their confirmation hearing reports, but Yoon reportedly deemed their appointments essential to prepare for U.S. President Joe Biden's visit to Seoul next week and the June 1 local elections.

In South Korea, all ministerial nominees must undergo a confirmation hearing, but only the prime minister requires parliamentary approval.

The move was part of an attempt to secure a quorum of ministers for Yoon's first Cabinet meeting set for later in the day, which will most likely approve the year's second extra budget plan.

Meanwhile, the main opposition Democratic Party has yet to agree on the approval of prime minister nominee Han Duck-soo and seven others.
Share
Print
List