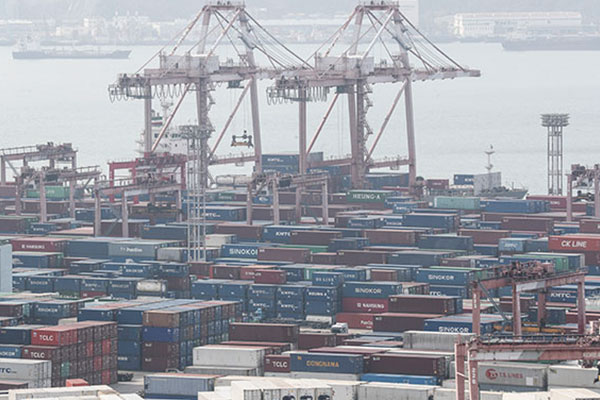 According to data from the Bank of Korea on Friday, the country's import price index marked 147-point-95 in April, down zero-point-nine percent from a month earlier.

While the reading marked the first on-month fall in four months, it was a 35 percent gain from a year ago.

The fall in the April reading is attributed to a drop in global oil prices, which fell about seven percent last month, pulling down prices of coal and petroleum prices by five-point-five percent.

The export price index, however, rose one percent on-month to 126-point-81 in April, the highest since April 2009. The reading posted growth for the fourth consecutive month. From a year earlier, it rose 21-point-four percent.
Share
Print
List