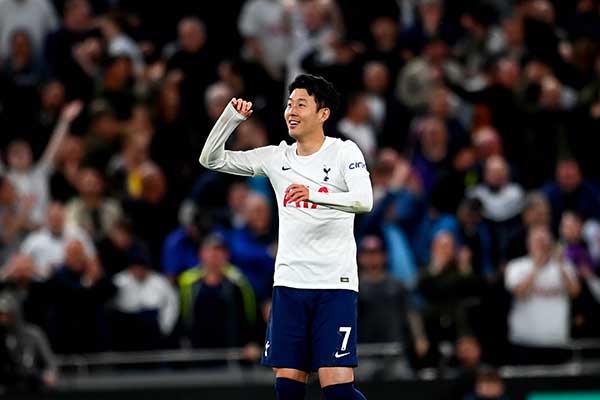 South Korean forward Son Heung-min of Tottenham Hotspur in the English Premier League has scored his 21st goal of the season to move closer to the top scorer in the league.

In a match against archrival Arsenal at Tottenham Hotspur Stadium in London on Thursday, Son contributed to the opening goal, drove Arsenal to critical errors and scored himself.

With Son's dazzling performance, Tottenham won 3-0 and closed the gap on fourth-placed Arsenal to a point, moving closer to the Champions League places.

With his 21st goal of the season, Son is now just one goal behind Liverpool's Mohamed Salah in the race for the Golden Boot, the seasonal Premier League award given to the top scorer.
Share
Print
List